Just got back from a beautiful morning walk around my neighborhood.  The sun is out.  It is maybe 60 degrees, which is perfect weather for walking.  My neighborhood has a lot of gentle hills, making the walk a bit sweaty despite the temperature.  It is early enough on a Saturday morning that for most of the walk the world seemed to be mine alone.

Lately, I haven’t been doing my walks in the morning.  I am frequently still doing exercises but typically in the basement with the news on.  I had forgotten how much a simple walk with only the birds for company helps center me in the morning.

It is definitely time to restart this practice.  Meditation and exercise all at once.

We got the family kayaks over the winter.  I’ve been wanting to go on the water since November but since this was going to be the first time that we used this type of kayak, I had to assume that one or more of the kids and maybe an adult or two would end up in the water under their boat.  Going when both water and air were barely above freezing level, didn’t seem to make sense.  According to the Personal Floatation Device Manufacturer’s Association – the PFDMA for those in the know – hypothermia doesn’t set in for over an hour in 50 degree water for most adults and I am insulated better than most adults.  Long enough to pull a couple of kids out of the drink I figured.  Finally, the day came when water and air were both slightly above fifty degrees and the forecasted lightening would hold off for another day.  It was time.  Maya, Sam and I grabbed the kayaks and headed toward the reservoir.

We got inflatable kayaks.  The mental images of my family trying to put fixed sided kayaks in racks on top of the van were, at best, comedic.  Everyone once in awhile, I choose not to go for what would be funniest over what would be most practical.  Luckily, this was one of those times.  Maya grabbed one kayak and I the other and we started inflating.  Sam, well Sam played a supporting role.  We had some miss starts as we couldn’t final all of the valves at first and our first attempt ended up with the seats in backwards but we got it.  The kayaks are part of my effort to work more enjoyable exercise into my life.  Maya summed it up perfectly that getting the kayaks inflated could be my work out.  Maya and I, a bit winded and already a little sweating were finally ready, although we never quite figured out Maya’s seat.  Sam, well Sam was patient.

With winter coats under our life vests – it really was cold on the water – we started off.  Maya is so light and the skegs – the rudder like things on the bottom of the boat to give stability and control (see, you learned something from this post) on her kayak were so small that each time she paddled, her kayak turned half a circle the opposite way.  In a who-can-turn-the-fastest contest, she would have taken gold.  In a standard moving forward type contest, not so much.  Instead of become frustrated, well there was a little of that, she kept on paddling with what she described as a comedic paddling effort.

We didn’t count on how wet were were going to get.  There was the water from what I was told was accidental splashing.  There was water from a little bit of rain.  There was water from every time you dip one side of the double sided kayak paddle in the water, the other side, also known as the side that just came out of the water on the other side of the kayak, is straight up over the kayak.  Efficient having that double paddle thing but water just kept coming in.  Sam and I shared a kayak and I’m a bit bigger than him so his side of the kayak was a bit higher than mine was.  By a bit heavier, I mean I’m three times his side and by a bit higher, I mean his bottom was a good six inches higher than mine was.  Water, I learned, always goes down hill.  Slightly warmer than 50 degree water started accumulating where slightly warmer than 50 degree water should not accumulate.

After awhile, it wasn’t just my cheeks on the bottom of the kayak in the water.  Pretty soon, everything was underwater.  The kayak was still inflated, so I wasn’t afraid of us sinking but I couldn’t figure out where all the water was coming from.  Sam and Maya tried helping by splashing out the Daddy Soup.  With all of their splashing, I was sure that at least some of the water should have been going over the sides of the kayak and into the lake but I was still marinating in slightly above fifty degree water.  By the time the water had started approaching Sam’s bottom, six inches higher than mine, I figured we should get to shore.  With many comical half-circling paddling from Maya and Daddy Soup splashing from Sam and a lot of laughter from all three of us, we made it back alive.  You are reading this, so I didn’t think that part would be much of a surprise.

On shore, we learned that the manufacturer had put in a clever little valve to help  you drain the water from the bottom of the kayak.  Of course, if you happen to have the valve open when you go into the water instead of going into the land, you do the opposite of draining water out.  Namely, you let in a lot of slightly warmer than 50 degree water.  We were soaked but laughing a lot.

I was very proud of my kids then.  Maya could have been upset by her paddling but instead labeled it comedic paddling and did the best she could.  All of us could have been upset by the cold or the rain or the clever little valve in the bottom of the kayak but instead we chose to laugh and focus on the stories.  My bottom was still a little numb but we were already telling of our great – and cold – adventure. 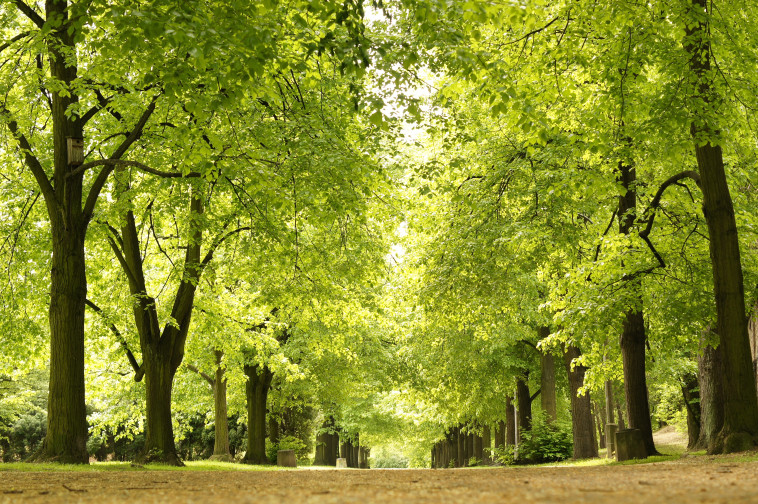 I love the transition in the Northeast from Winter into Spring.  One of the first bushes to transition bloom with brilliant yellow flowers.  They tend to grow in clumps, so in a section of the woods that looks to be still in the middle of winter, a big patch of glowing yellow shines through the leafless branches.  Now other trees have started.  In another month, all of the trees will be covered in new light green leafs.

Image from Our Great Photos. 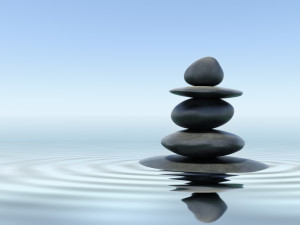 Are you out of balance?  Balance is not a point in time, static state.  It is a process of constantly shifting and adjusting.  How long could you stay up on a bicycle without movement and adjustment?

For most of us, getting out of balance is a process too.  It is typically not a result of one decision but rather a series of decisions or indecisions.  Most of us don’t take the time on a regular basis to stop and reassess, “Am I spending my time on what is truly important to me?”

Have you ever known the person who suddenly becomes a vegan, starts spending hours in a gym despite never being away from the couch for more than twenty minutes and loses twenty pounds in a month?  They look great.  They feel great and other than an annoying habit of talking about animal rights while you’re trying to enjoy a bacon double cheese burger, they seem incredibly happy.  A few weeks later, their running shoes are collecting dust, they gained back all of the weight and they are eyeing your bacon double cheese burger.

When you are looking to make a change, the most important thing to consider is how sustainable that change is.  Think of it this way.  If you are trying to save money, if you start putting away $1 a day, you are probably not going to notice it but after a year you will have saved $365.  Now if you go super aggressive and decide to suddenly start putting away $50 a week, you will notice it.  But if you are only able to keep it up for a month, you have only put away $200 dollars.  The little amount that you can keep doing makes a greater change than the a massive change you can’t sustain.

When you making a change in your life, start small.  So small that it is easily sustainable and repeatable.  Make it easy to do, so easy that you will barely notice.  Once you have secured that change, you can make the change even a little larger.  Not much.  Over time, these little changes will add up to significant changes over time.

Deciding to read more slowly has begun an unexpected process. I am beginning to unpick my habits. Perhaps reading has formed such a central part of my identity, my experience, that taking a different approach with that has caused me to step back and ask myself about everything else. I am questioning everything. Nothing is […] 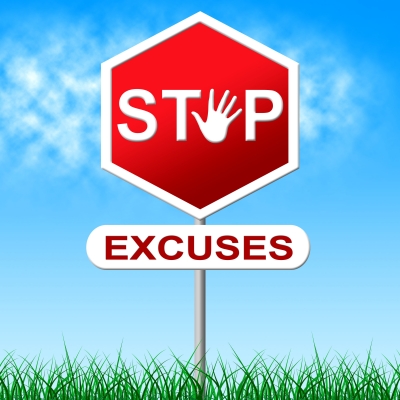 Excerpt from Greater Than, on sale at Amazon for 99 cents today and tomorrow:

My wife once told me about a man who was given a tour of Heaven and Hell.  In Hell, many gaunt and miserable people sat at long tables filled with wonderful food.  The people were trying to eat with three-foot-long chopsticks.  The food would drop to the floor before they were able to take a bite, so they starved.  Apparently there is no five second rule in hell and you can’t eat with your fingers.  I asked.  My wife said, “No.”  In Heaven, they sat at the similar tables with similar food and similar three-foot-long chopsticks.  They were happy, singing and well fed.  What was the difference between Heaven and Hell you ask?  I’m so glad you asked because the rest of this chapter would be rather dull if you hadn’t asked.  The difference was that while in Hell the people were trying and failing to feed themselves, in Heaven they were feeding each other.  Each person would put a bite of food on the long chopstick and feed it to the person across from them.

What do we learn from this story, other than it is sometimes permissible to eat with your hands?  First, yes, working together is a wonderful thing.  Kumbaya and all that.  Second and why I’ve brought it up in a chapter about the importance of your reactions, is that the situation in both Heaven and Hell were both exactly the same.  The difference was the reactions people had to their situation.  The more positive and proactive your reaction, the better the final outcome.  The reaction of people literally made the difference between Heaven and Hell. 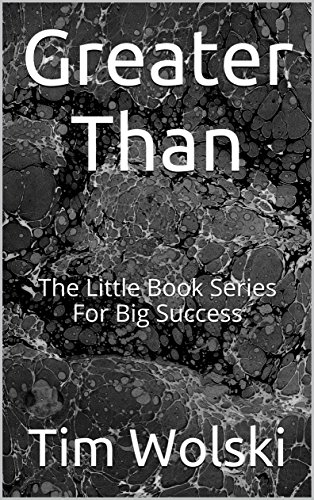 I’m trying out an Amazon promotion feature on my first book, Greater Than.  For the next couple of days, it will be $0.99 and then up to $1.99 before going to full price.

Greater Than is part of the Little Book Series For Big Success.  Each book is a quick read intended to give you tools and insights to help you achieve greater level of sustainable success in your life.  No get rich quick type of schemes.  Just practical advice and motivation that you can work into your daily life, starting today.  Make each day a little better than the day before and you will quickly see big changes accumulate in your life.  Make success part of your daily habits.

Check it out here:

Marketing tidbits for yourself and your business